Friendships are the Best Ships 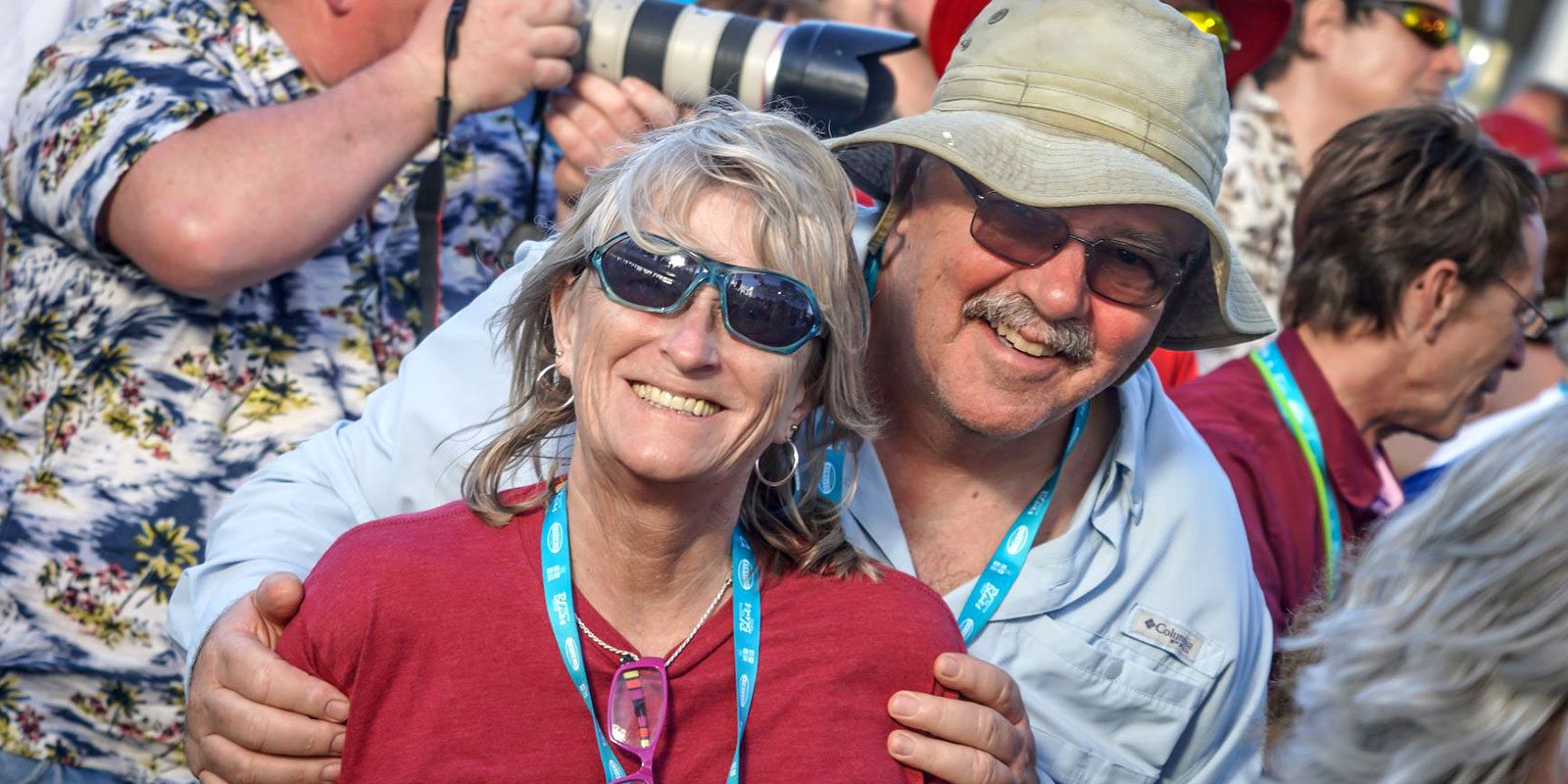 Moments That Make Life Rock
Friendships are the Best Ships
"We partied like we were kids again"
Steve and Barb L.
Christmas, FL

We have been on 26 Sixthman Cruises, beginning with Lynyrd Skynyrd's Gimme Three Days on board Carnival Fascination out of Miami in Jan 2007.  We managed to go on all eight of the Simple Man Cruises, five Rock Boats, and five Keeping the Blues Alive at Sea cruises, including the one out of Barcelona in 2019.  We also went on two Rombellos, and one Sailing Southern Ground, The Outlaw Country Cruise, The Weezer Cruise, Ships & Dip, The Elvis Cruise, and The Boaty Weekender.

It is almost impossible to narrow all of that down to one moment in time. There were special moments on every cruise, like Marshall Tucker disappearing into the fog about one a.m. on the Pool Deck. We could hear them but not see them. And you missed the craziest band of all, Bang Camaro, if you weren't on Simple Man 2009.  But it would be remiss not to mention all the friends we have made over the years, both fellow cruisers, band members, and members of the Sixthman staff -- friends for life.

In 2014, we had been trying to get on the always sold out The Rock Boat. We finally succeeded and it required a trip to New Orleans, and what a trip it was. We went a few days early and partied on Bourbon Street like we were kids again. The night before the cruise was a pre-party at the Howlin' Wolf with three bands from TRB and a second line dance through the streets of New Orleans.

While standing in line, a couple from Helsinki, Finland came and stood behind us. Long story short, we spent two weeks with them touring Northern Europe and Scandinavia five years later in 2019 before we flew from Oslo to Barcelona to go on the first Sixthman Mediterranean cruise. Before our four month European adventure was done, we had spent time with 12 friends from Finland, Sweden, Norway, Germany, France, England, and Wales, who we met simply by going on many music cruises.

Latest Moments
I stood there stunned for a good 5 seconds before saying... YES!
Cassius D.
Read
This one's for you, Dad.
Mike B.
Read
It was all about the music and the love!
Sheri and Noey B.
Read
The pure joy was felt and expressed in all the smiles around the piano.
Larry F.
Read
I still find glitter in random places that remind me of just how much fun I had.
Cale A.
Read
The Rock Boat has been so much more than just a vacation.
Melissa G.
Read
This was a once in a lifetime experience that I will be forever grateful for.
Michelle K.
Read
It felt like all barriers had been stripped away between us...
Maxim S.
Read
It was like the greatest high school reunion, without all those painful school memories!
Andrew T.
Read
What happened changed the fabric of my world forever.
Dave F.
Read
It felt like that was the precise moment that we committed to one another, and it was truly amazing.
Kathy O.
Read
This was one of the greatest moments of our lives and one that we will forever cherish.
Stephan K.
Read
I feel like my passion for new music has been re-ignited.
Stephanie L.
Read
Tell Us Your Moment Tell Us Your Moment!
© 2022 Sixthman. All Rights Reserved.   Privacy Policy   Cookies Policy
We use cookies to improve your experience on our website. By browsing this website, you agree to our use of cookies